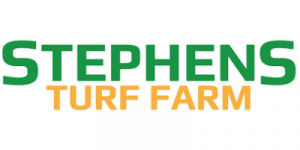 Since originating in the 1950s, Meyers Zoyisgrass has stood the test of time. Today, it still gains popularity due to its longevity. As a slow-growing sod type, Zoyisgrass thrives in full sun and partial shade allowing for more versatile uses. Known for a darker green appearance, Zoyisgrass also demonstrates exceptional cold tolerance. Of most varieties, Zoyisgrass is the most durable. While it requires less mowing and fertilizing, it can be more challenging to mow due to its density.

Meyer Zoysia Grass serves as a great option when considering your turf options. Soft to the touch, Zoysiagrass displays a rich emerald green color. Due to its density and slow growth rate, Zoysiagrass is commonly seen in parks, commercial landscapes and home lawns.

With a much slower growth than Bermuda grass types, Zoysiagrass handles traffic well and great for commercial and residential use.

Zoysiagrass is slow-growing and requires less mowing and maintenance. It tolerates droght well and recommended to water deeply as needed.